In November 2021, Warner Brother Games announced Multiversus, a platform fighter that brings together characters from WB’s wide range of properties, like Batman, Bugs Bunny, and Shaggy. Initially, even prior to the announcement when all people knew came from a few leaks on social media, there was a lot of doubt around the game. Fans of this sub-genre of fighting game have seen this before: a company making a crossover platform fighter to chase the success of Super Smash Brothers, only for the game to come out as a disappointment or to fall off quick, Playstation All-Stars Battle Royale, and Nickelodeon All-Star Brawl being prime examples. Thankfully after spending several days playing the closed alpha, it definitely seems like Multiversus won’t be following those paths and has the potential to be something special.

Controls and the Feel of the Game

The game features fairly simple and familiar controls with a button for normal attacks, special attacks, jumping, dodging, and using the left stick for moving. Most notably the game lacks a block button. Not having blocking in the game is an interesting decision, but, being a certified masher in other fighting games, makes me feel right at home. It also puts a lot more focus on the movement of the game. With no ability to block when in a bad situation, it makes how you move, and where you position yourself on the screen, extremely important. Thankfully, the movement in the game feels excellent, with plenty of options on the ground and in the air. Overall, characters feel very floaty, which has made me a lot more confident to jump off the edge of stages in order to chase opponents, something I’m still bad at doing in Smash Brothers. According to one of the friends I spent a lot of time with in the alpha, the floatiness feels a lot of Brawlhalla. To be honest, I haven’t played Brawlhalla myself, but I know my friend has spent a lot of time in it, so I’m just taking his word on that one.

When you load up, you’ll be greeted by an already decent roster of 15 characters coming from various WB properties. You have Batman, Wonder Woman, Superman, and Harley from DC, Bugs, and Taz from Looney Tunes, Finn and Jake from Adventure Time, Garnet and Steven from Steven Universe, Shaggy and Velma from Scooby-Doo, Arya from Game of Thrones, Tom and Jerry (these two are put together as one character) and Reindog as an original character to the game. Along with them, the Iron Giant has already been announced to be joining the roster at some point. There have been numerous leaks and rumors, along with clues within the game such as a group of Mr. Meeseeks being in the tutorial, that lead us to expect an even more crazy roster by launch.

During the alpha, I didn’t get around to trying out each character, but the ones that I did were a lot of fun. And for the characters I didn’t play, I saw enough that made me want to give them a try next time the game is playable. Many of the characters come with fun gimmicks to set them apart from others, like Velma who plays a little like Phoenix Wright in Marvel vs Capcom 3, collecting clues mid-fight. One of the standout characters to me is Tom and Jerry, just for how they’re cleverly implemented. They play a bit like Rosalina in Smash Bros, where Jerry acts a bit like Luma, but what really stands out is their animations. The majority of their move list is just Tom attacking Jerry, suggesting their not even concerned about Superman right behind them trying to blast them with his heat vision. This is such a creative and fun way to work these characters and gets me excited to see how future additions to the roster will look.

RELATED  AEW: Fight Forever - What We Know So Far

The iconic characters will definitely draw people in, but what’s really going to keep them around and set the game apart from other platform fighters is the 2v2 focus. Of course, other games of the genre have 2v2 modes, but what sets Multiversus apart is that it was developed specifically to be played with 2v2. Characters are divided into various classes that mirror ones you would find in RPGs and MMOs, with each one giving a clear indicator of what a specific character is going to be good at. There are your DPS classes, Bruiser, Assassin, and Mage which specialize in power, speed, and range. Then there are the Tank and Support classes, which help back up the DPS classes by providing armor, buffs, and other kinds of support From my experience, the Tank and Support classes struggle in 1v1 but are fantastic in 2v2. The character I played the most in the alpha was Wonder Woman, a tank class character. I found myself having a hard time playing here in 1v1. In 2v2, however, all her armored moves and the way her lasso could pull teammates away from danger and enemies into a teammates combo went a long way. Now, this could be just that I’m trash at platform fighters and my teammates ended up being godlike, but it definitely feels like Wonder Woman, and other tank/support characters were intended to not be good for solo matches but excel when on a team. Overall I found myself having a lot more fun with the chaotic nature of 2v2, and it gets me excited to see what different team compositions there will be as the competitive players really dig into the game.

There are plenty of other things to discuss with Multiversus, but this article has already gone on pretty long, and considering this was the Closed Alpha phase, I’m sure we’ll have plenty of chances to talk more about this game. So I’ll just wrap up this article with some rapid-fire thoughts:

The closed alpha for Multiversus is certainly a great first impression. From a solid online, diverse roster of fun-to-play characters and a well-crafted 2v2 combat, there’s a lot to love with what’s in the game right now. I’m excited to see what this game looks like when it finally launches, and I’m interested to see how the competitive scene for it will develop. We already know WB Games plans to foster a strong competitive scene based on its announcement of hosting a tournament at EVO this year with a $100K prize pool, so let’s hope those plans work out! 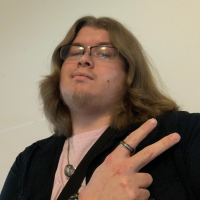